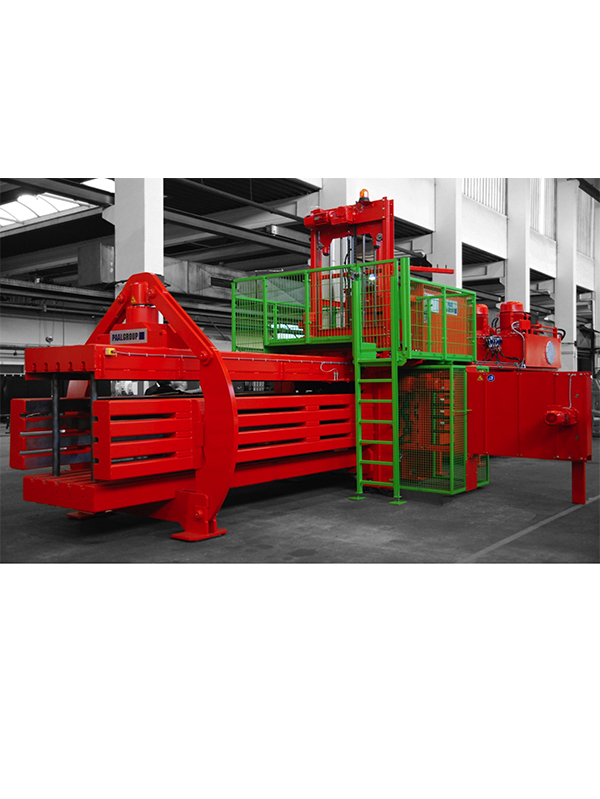 Eugene, Ore. – January 26, 2017 – Bulk Handling Systems (BHS) and Kadant Inc. (NYSE:KAI) have reached an agreement appointing BHS as the exclusive distributor of Kadant PAAL’s high-performance balers to Material Recovery Facilities (MRFs) in the United States and Canada. Founded in 1854 in Germany, Kadant PAAL is firmly entrenched as Europe’s leading manufacturer of channel balers used to process both recyclable materials, including paper and plastics, and non-recyclable materials, such as treated household/commercial waste and agricultural products.

“We’ve long known PAAL to produce an unrivaled channel baler, and when you combine the product with Kadant PAAL’s commitment to the North American market, this partnership makes a lot of sense for BHS and our customers,” said BHS CEO Steve Miller. “PAAL balers fill a significant gap in the market and align perfectly with the quality and performance that BHS systems and equipment are known for. Finally our U.S. and Canadian customers have access to the quality and performance they demand, the service and support they deserve, and at a price point that actually makes sense.”

“We are pleased to be entering this segment of the North American recycling market with BHS, a leader in the design and manufacture of large scale sorting systems. Our high quality, German-engineered balers are uniquely aligned with BHS’ commitment to performance and quality,” noted Jonathan Painter, president and chief executive officer of Kadant Inc.

Founded in 1854, Kadant PAAL built the first continuously operated horizontal baler in 1960 and has since delivered more than 30,000 machines. With emphasis on product innovation, machine reliability, and service and support, the company consistently brings to market the best available baler technology along with first-class and timely support.

Headquartered in Eugene, OR, BHS is a worldwide leader in the innovative design, engineering, manufacturing and installation of sorting systems and components for the solid waste, recycling, waste-to-energy, and construction and demolition industries. Wholly-owned subsidiaries include Nihot (Amsterdam), NRT (Nashville, TN) and Zero Waste Energy (Lafayette, CA). Clients around the globe choose BHS because of its experience, dedication to cutting-edge technology, quality construction and durability, and unmatched customer service. BHS has built some of the largest and most durable MRFs in the world – and they are achieving the highest throughput, recovery, and purity rates in the industry.

Kadant Inc. is a global supplier of high-value, critical components and engineered systems used in process industries worldwide. The Company’s products, technologies, and services play an integral role in enhancing process efficiency, optimizing energy utilization, and maximizing productivity in resource-intensive industries. Kadant PAAL, a subsidiary of Kadant Inc., was founded in 1854 in Osnabrück, Germany. Its primary products include horizontal balers and conveyors used to process various materials including paper, plastic and metal. The company is the leading European manufacturer of channel balers with a global presence. For more information, visit www.kadantpall.com.