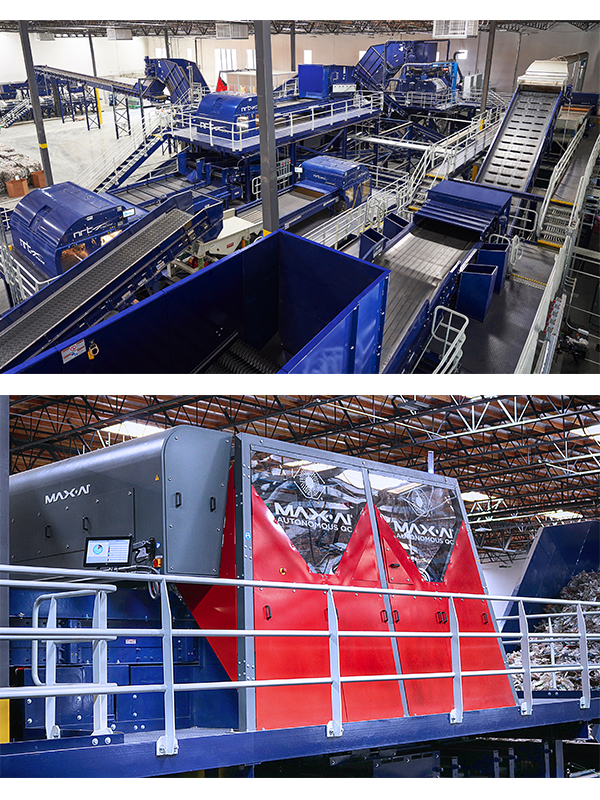 rPlanet Earth has previously noted that there is a market demand for RPET if the right quality, price and availability are in place. This facility meets this demand and offers a much-needed domestic processor of U.S. recovered PET. The plant does not sell flake or pellets and instead offers a closed-loop process, taking PET bales and converting them in-house into bottle preforms, extruded sheet and thermoform packaging.

“We really are a technology company,” rPlanet Earth co-CEO Bob Daviduk told Resource Recycling. “We’re going to bring technology to bear to improve the way that post-consumer PET is recycled. We’ll have the lowest carbon footprint of any packaging in the marketplace because of the way we’ve put the plant together.”

“This is a really amazing process and we are honored to have supplied the front-end system for Krones and rPlanet Earth,” said BHS Vice President of Sales & Marketing Rich Reardon. “This system fills the demand for RPET from producers and is also a domestic outlet for our MRF operators – it’s a true win-win. The commitment to technology really led to an impressive, automated and high-performance system and we look forward to working with rPlanet Earth and Krones to ensure their continued long-term success.”